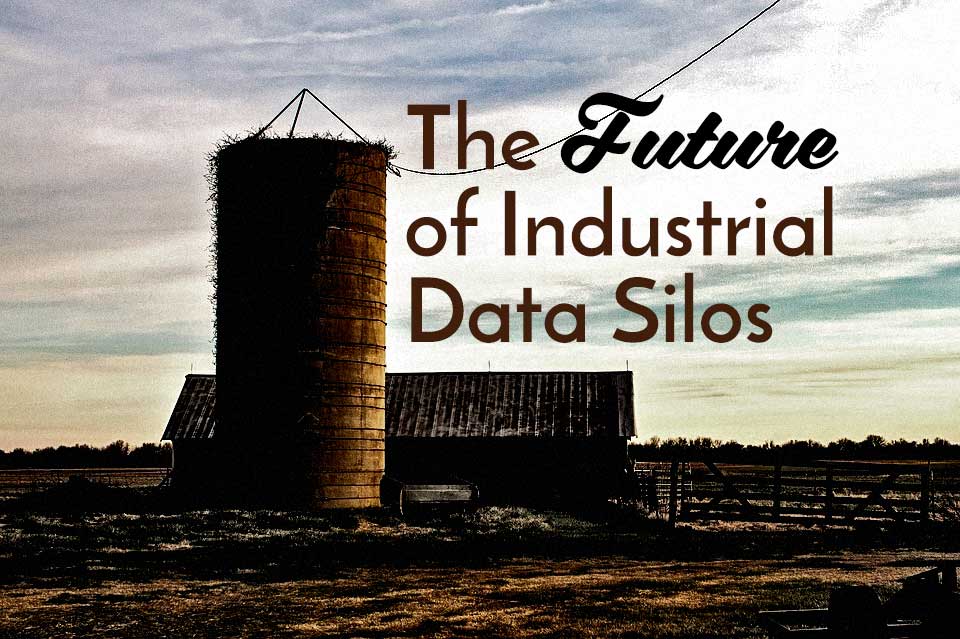 The good thing: many control systems and sensors create valuable data in the manufacturing process of various goods.

The bad thing: that recorded data is often locked into proprietary systems.  Data collection happens in silos, with dedicated connections and dedicated databases, all resulting from a desire by the sensor or control system provider to own the entire process.

Enter the Era of the Industrial Internet of Things.

The Industrial Internet of Things is without a doubt a holistic re-engagement of the manufacturing shop floor.  Silo’d systems built around industrial sensor data can no longer be the end point for process improvement.  But, of course…  try telling that to a sensor provider.

Me: “So, what do you think of the Internet of Things?”

Industrial Player: “That’s just another fad for the same thing we’ve been doing for 15 years. No one does anything special with the Internet of Things, it’s all ModBus / BuildNet / Ethernet.

This conversation can be repeated again and again across the country by makers of the devices and control systems that drive American Industry.

For sake of illustration let’s pick on somebody.. Let’s take a company that does what it does very very well. Beta Last Mike (owned by NDC Technologies).

This tools is a crucial part of the related manufacturing systems, and offer what could be a key data supplier to a factory IoT system.

Here in 2017, Beta Laser Mike boast their tried and true AccuNet Supervisory Networking Software on their website. Running on a Windows XP or Vista PC, they recommend a 22″ monitor, and at least an 80GB hard drive.  Stand alone and forgettable.

Essentially this is a data Silo …most recently renovated in 2004.

With the effort of numerous Industrial Internet of Things suppliers developing tools from wireless data to machine learning to data presentation, selling the silo’d concept of data to end clients who are adopting holistic IIoT paradigms will be increasingly difficult.

The argument, coming back from these device vendors, is that IT and Engineering just don’t get along, and that IoT is just the latest buzzword to hit the industry.

Embracing the the new paradigm isn’t horrible if you understand the incredible value added by core sensor and control technologies inside the Industrial Internet Reference Architecture.  Sure the Windows Vista offering might have to be cannibalized, but being able to say your device plays well with others and adds value to other products, is a game changer.

Hallsten Innovations assists industrial device manufacturers in readying existing devices for greater connectivity to numerous IoT data platforms.  As such, we’d be happy to have a free strategy session to discuss how we could renovate your platform so it’s not just relevant to 2017 but many years to come!

Got an idea on a napkin? Need to up your game with your existing technology products? Looking to deploy in the harshest industrial/outdoor environments? Want to add advanced diagnostics? If yes... please bring us your napkins (we will review them for free), and we look forward to earning your solution partner trust.